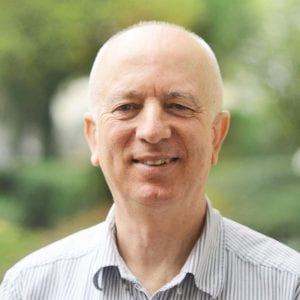 Professor Davis remains in his role as Professor of Supramolecular Chemistry at University of Bristol where he has been a world-leading expert in the development of synthetic glucose binding molecules for over 20 years.

Upon accepting this new role Professor Davis remarked “While I have found the commercial and managerial aspects of being on the Carbometrics main Board to be interesting enough, I would much rather be spending precious time dealing with the science that necessarily underpins the success of Carbometrics.”

Thanking Professor Davis for his service as a Board Director, the Chairman of Carbomterics Mr Keith MacDonald stated that:

“Tony has been the very well-spring of scientific creativity in Carbometrics (and its predecessor, Ziylo Limited) from its inception, for which the Board is very grateful. However, as the company has evolved and is now needing wider reach within the specialist scientific community, the Board has acceded to Tony’s preference to devote all of his energies towards scientific rather than commercial matters. We very much look forward to continuing to benefit from his outstanding scientific knowledge and expertise.”